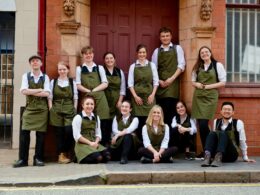 Students started studying for the piece in spring, taking inspiration from oral histories, books, photographs and other found sources. After building up their knowledge of the history of the Jewellery Quarter and engaging with the lives of its people, the group created their piece in only five days. Guided by their lecturer Adam Ledger, the site-specific nature meant that the group used the spaces around them to inspire the script and development of the performance – doorways, lampposts, walls and roads became the perfect props, encouraging audiences to appreciate the historic environment. Regent Street and Fattorini Ltd became the backdrop to a moving production line, and Albion Street became the stage for workers on strike as they sang ‘Solidarity Forever’ to the audience on the opposite side of the street, naturally attracting the attention of passers-by too! The power of the performance came from the idea that history was being performed in the actual place where it happened, a real inspiration and motivation for the performers themselves.

A highlight of the performance was the chance to enter J.W. Evans, the silver factory now operated by English Heritage which gives visitors a glimpse into a ‘lost industrial world’. Being guided around the space as part of the performance felt like the perfect way to connect with this lost world – a sense of bustling activity and testimonies from workers about their experiences communicated the busy, fast moving nature of a working factory. The performance drew to a close in the basement of another historic factory –  New Standard Works, which was shared by multiple businesses who produced a range of goods.

As the performance ended, audience members and performers drank cups of tea together – a chance to chat and share experiences, as many of the audience members had worked in the local trades themselves. It was an appropriate and familiar way to end a show which was all about sharing stories from history in new and innovative ways. 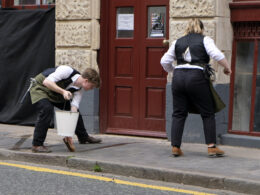 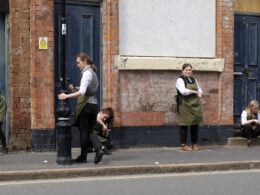 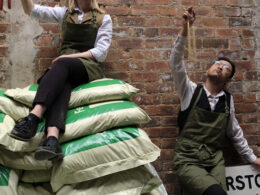 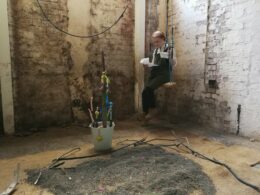 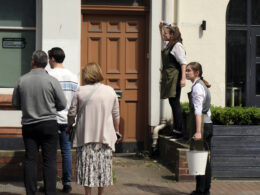 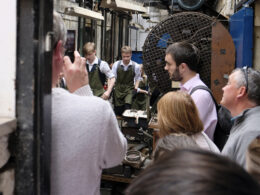 A film of Moving Parts being devised and delivered by Department of Drama and Theatre Arts students at University of Birmingham. Film by IDM Media.