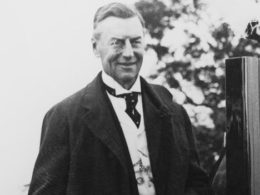 However, a deeper look into the earlier days of this role reveals a longer history between Joseph Chamberlain and South Africa, through the event known as the Jameson Raid in 1895-1896.

As the managing director of the British South Africa Company and premier of Cape Colony, Cecil Rhodes thought that it was possible to overthrow the government of the South African Republic. The hope was that Dr Leander Starr Jameson, as Rhodes’s administrator in Rhodesia, would stage an invasion to coincide with an internal revolution in the South African Republic. When the internal revolution failed to materialise, the whole mission failed and the President of the Republic, Paul Kruger, accused Chamberlain of being involved as the Colonial Secretary. A parliamentary committee was set up to supposedly investigate the raid, however the real issue that they were keen to explore was whether Chamberlain was involved. The report that was eventually produced exonerated Chamberlain from being involved but in the years since, this has been challenged and the thoroughness of the committee deemed inadequate. For many, a consensus has been reached that even if Chamberlain was not involved in the finer details of the raid, he was to an extent aware that it was going to happen.  If this had been a position formally accepted at the time, then Chamberlain may have faced a similar downfall to Rhodes, who was forced to resign as premier following the failure of his plan. 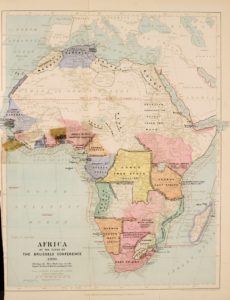 The Partition of Africa

The Jameson Raid increases in significance as some view it as the precursor to what was to occur in the South African War. That war between Britain and the two Republics resulted in 100,000 deaths and the British claiming victory. Chamberlain would subsequently take a tour of South Africa in 1902, taking the time to visit rural and urban areas, exposing himself to all the post-war tensions that existed. Whilst the Chamberlain Clock’s immediate connection to this visit and Chamberlain’s role in the South African War should be explored, it is also helpful to be aware of the Jameson Raid. It elongates the connection between Chamberlain and South Africa and provides another opportunity to understand the scale of disruption that was enacted in the name of British colonialism, a project that Chamberlain was inextricably linked with.

Joseph Chamberlain and the Jameson Raid by Henry R. Winkler