Original Georgian features remaining from the 1830s include: timber framed sixteen pane sash windows; the semi-circular headed doorways containing a panelled reveal, a panelled door and a moulded arch known as an archivolt. Residents at this time are not listed in the census returns until 1851, when Mr Charles Viles, a travelling salesman from Kent lived at No.53 with his wife and two children. The first listed resident at No.51 was Henry Bale, a warehouseman, who lived there in 1861 with his wife Mary and four children. The eldest child was a labourer and the younger children were all at school.

In the  1870s the buildings began to be altered to make them more suitable for business and industrial uses. Shop fronts were inserted at ground-floor level with multicoloured brick arches; and a central entrance, now blocked up, was added on the corner. By this time No.51 was occupied by Henry Langley, who ran dining rooms until the 1880s. Henry’s wife Jane and four children also lived here, with the eldest child listed as an engraver.

In the first half of the 20th Century all but one of the sash windows facing Vittoria Street were replaced with wider timber casement style windows, set under concrete lintels, as the spaces within became workshops. By 1911, no residents are listed at No.51, and occupants are a mix of jewellery and other industrial manufacturers. In 1947, Harden Tool and Gauge, manufacturing engineers, were based here and their name is still on the letterbox. No.53 was occupied by businesses connected to jewellery production from the 1890s to 1970s.

After the building was conserved with a JQTH grant, it was easier to see how the history of the Jewellery Quarter’s development is reflected in the building. From the surviving features of two Georgian houses, to the workshop windows of the 20th Century, the changing uses and various architectural styles are visible. The ground floor has been retained as an office and the upper floors converted to two self-contained flats. 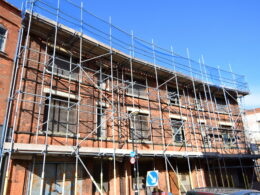 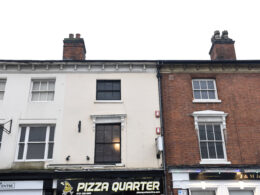 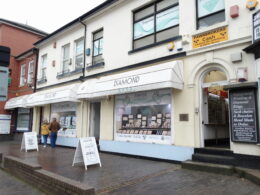