When the School was founded in 1890, its mission was:

The building itself consists of Lombardo-Gothic front, whilst the 1911 extension is of red brick mottled with blue.  In the early 1990s, the University commissioned Associated Architects who designed a further south extension which was constructed between 1992 and 1993. They also redesigned much of the interior, creating a full-height atrium with gallery access to workshops.

This 5.3million pounds complex was formally opened in April 1995. The investment recognised the continued growth of the School and the longstanding relationship between the School and local industry and resurgence of interest among jewellery companies in education and training.

The expansion of the School embraced opportunities for the incorporation of new technology. For example, 1991 had seen the arrival of the first computer-controlled Diamond Milling Machine. Changes in building layout facilitated the move away from workshop traditions of the industry where design and drawing are separated from manufacture, creating instead workstations where designing, drawing making and refining activities can be carried out in the same area”(from Times Higher, April 7 1995).

The reception area was also designed so it can be used as exhibition space. The extension won the 1995 RIBA Architecture Award and the Civic Trust Award.

Built and operated as a jewellers’ workshop and offices over 2 floors until 1890.

In the early 1990s, the University commissioned Associated Architects who designed a further south extension which was constructed between 1992 and 1993 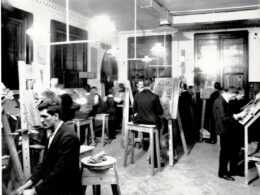 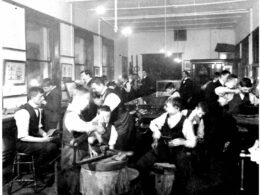 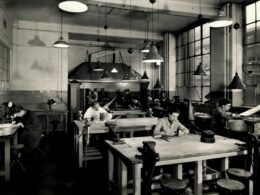 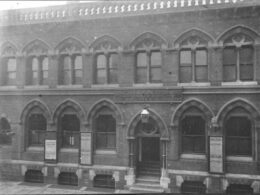 Listen to Les Curtis, Silversmith, Senior Lecturer at the School of Jewellery on Vittoria Street. 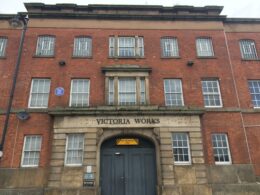 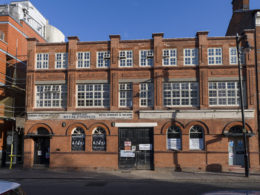 Built in 1870, the Grade II listed building was re-fronted and extended in 1905. Very little information exists... 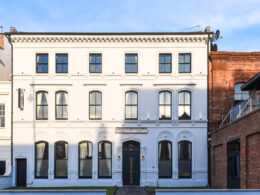