In spring 2021, three young co-curators living in Birmingham came together with filmmaker Scott Johnston to create a film about Joseph Chamberlain and Warrulan, an Aboriginal Australian. Both men are buried in the Jewellery Quarter, this film explores their legacies and how we might remember them and others like them.

Background to the 2 Visions 2 Legacies Project

The project is also investigating the legacy of an Aboriginal immigrant called Warrulan who was laid to rest in an unmarked grave in Warstone Lane Cemetery. Born in Moorundie in South Australia, Warrulan was the son of Tenbury, who was a tribal elder and a guide for British colonial administrator Edward John Eyre. Eyre brought Warrulan to England in 1844 as an adolescent,  where he was educated at agricultural school before undertaking an apprenticeship with a saddle maker. Warrulan then worked for Middlemore Saddles in Birmingham but died of pneumonia aged about 19 years. The team is contributing a biography of Warrulan which will be displayed on a new interpretation panel, due to be installed in 2021.

Their stories are being explored by a team of Co-Curators, who are undertaking research which will inform the production of content and will be available on this website. In addition to the interpretation panels mentioned above, the team will be producing materials and events alongside a short film to help engage the public in understanding the lives and legacies of Warrulan and Joseph Chamberlain.

This project is jointly managed by the JQTH project and JQ Cemeteries and information relating to it will be available on both websites. 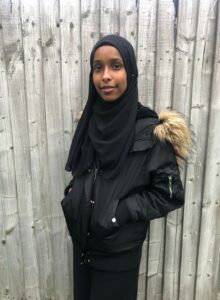 Hi, I’m Rahma and I am a third year undergraduate student at the University of Birmingham. I am really looking forward to researching Warrulan as it ties in nicely with my dissertation that I am currently writing on the repatriation of certain museum objects. One of my chapters is focused on a Moai statue currently held in the British Museum, as the Indigenous community of Rapa Nui have called for its repatriation. This is an exciting opportunity to build on my knowledge on Indigenous communities and apply this to Warrulan’s life.

Undertaking research for the reinstatement of the Chamberlain Clock will also be interesting as we try to further illuminate the history of Joseph Chamberlain. Not only an important figure in Birmingham, his actions as Colonial Secretary had a global reach which deserves exploring. 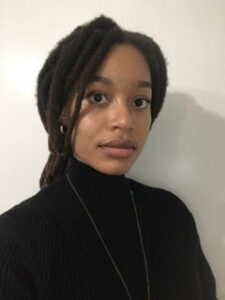 Hi, my name is Chelsea Mills and I’m excited to be leading the creative content production for the JQ Chamberlain Clock and Warrulan research projects! This means that I’ll be transforming the research into fun, interactive and accessible content for the public. History is a dedication to remembrance! The goal is to get the public to engage with balanced historical narratives about Warrulan and the Chamberlain Clock in innovative and memorable ways. To this end, we invite any feedback from you about what you liked AND did not like about the ways history has been delivered to you at places such as memorials, museums, landmarks, etc! 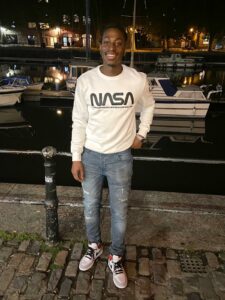 My name is Salim. I am 23 years old and I am currently studying Accounting and Finance at university. I am very interested in this project as I will have the opportunity to learn more about Warrulan and his life. It is very interesting to me to know how some of my ancestors lived their lives during times that were not as good as today. This project will allow me to gain more perspective and understand the views of Black and Aboriginal people during their lifetimes. I look forward to gathering information and using my own knowledge to paint a beautiful picture and make a tribute to Warrulan’s life, and learn more about the history behind the Chamberlain Clock.

Our Vision, Aims and Objectives

We will do this by: 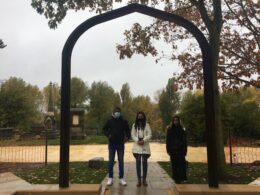 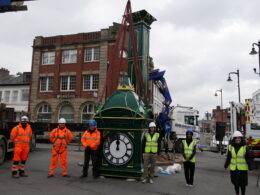 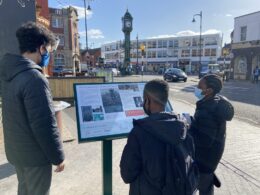 Joseph Chamberlain and his Longer History in South Africa

Find out more about the project to restore the Chamberlain Clock!

Find out about the project to restore Key Hill Cemetery and Warstone Lane Cemetery, both located in the Jewellery Quarter.