What makes this building stand out is the detail in its facade, referencing traditional Italian architectural styles. Pilasters, which are designed to look like columns but are offset into the wall, are combined with terracotta fish scale panels, decorative cornices and horizontal bands of stone.

Inside many original features remain, including the engine house of the original workshop, which probably contained a gas turbine; the smart front hall and stairwell to the offices with scrolled banisters and coloured tiles; and the decorative frosted glass in the first floor windows.

The workshop interiors were destroyed in a fire in 1932 and rebuilt with a lighter steel structure. Photos of the workshop spaces from this time show the manufacturing activities taking place in a big light open plan setting. Jewellery manufacture continued on site until 2009 at which point it was used as office space. In 2018 it was taken on by the founders of Substrakt. The building has been re-purposed, with JQTH grant funding, as a co-working space for creatives, bringing a new type of open plan working into the former workshops.

“No manufactory could better demonstrate the worthlessness of the old fallacy that nothing but cheap stamped jewellery is made in Birmingham, as there is not a single stamp, press, or machine upon the premises, except the necessary polishing and scratch-brush lathes. Every modern appliance is present, however of facilitating the manufacture of the highest class of hand-made jewellery. The ventilation and sanitary arrangements are perfect, and in few manufactories is the comfort and convenience of employés better looked after. The mess-room of the workpeople and the dining hall of the clerks are models of comfort, convenience, light and airiness.”

The use of the phrase ‘workpeople’, an early example of inclusivity, references the large proportion of the workers that were women. They were first taken on by the firm as ‘Linkers’, attaching links or findings to make up chains. Bishton and Fletcher only operated at No.62-64 for a few years until the partnership was dissolved in 1897 bur provisions for the staff seem to have been extensive. Sadly things went downhill from there as Alfred Bishton steered the business off-course. In 1890 the building and contents were auctioned off due to bankruptcy. A warrant was issued for Bishton’s arrest when he left the country leaving unpaid debts. But this advert for the auctions shows the extent of the facilities they had created to support high end jewellery manufacture:

WH Wilmot had the longest tenure of the building, lasting for over one hundred years, moving there in 1893 when the business expanded. A maker of gold chains for watches, Wilmot’s was established in 1860 in Spencer Street. Originally producing gentleman’s watch chains and fobs, more products were added over time to include ladies’ fancy bracelets and necklaces, along with their own ‘Premo Expanding Bracelet’. The fire that destroyed the interior in 1932 allowed the company to “rebuild on the most modern possible lines” and allowed them to update equipment and processes. Having been acquired by Saunders, Shepherd and Co. in 1959, WH Wilmot finally ceased trading in 2009. 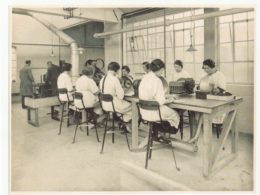 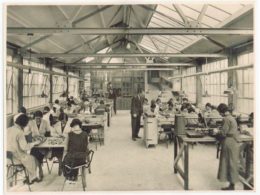 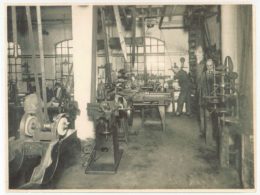 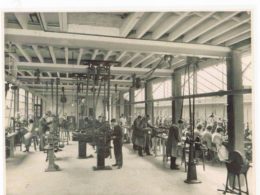 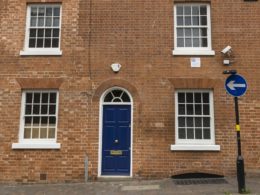 Built in the late 1820s 22-24 Vittoria Street was a type of building known as three-quarter or Birmingham... 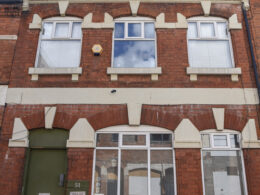 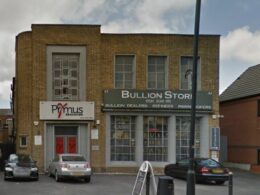 Home to the Vittoria Restaurant from 1950, one of a series run by Birmingham City Council created to...